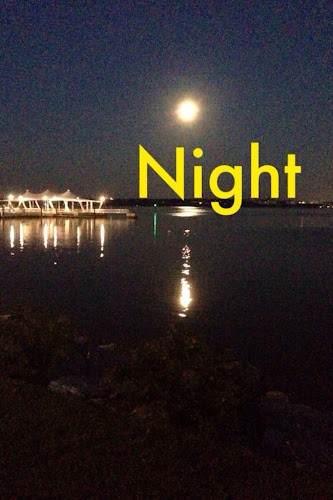 Simone Dinnerstein stunned the world of classical music in 2007 when her self-produced recording of Bach's Goldberg Variations shot to the top of the Billboard chart. Wherever her version ultimately ranks on the list of the many, many recordings of these popular pieces, it was immediately obvious that the record introduced an artist with an uncommon ability to communicate. Fortunately,while her playing may have been slightly over-romantic, this was in no way a dumbing down of Bach. Since then, she has continued to seek ways to inject freshness in the music of Bach, Schubert and Beethoven, among others.

Dinnerstein's expressive playing and down to earth approach made her ripe for a full-on classical crossover project like Night, the new album she made with Americana/alt-country singer-songwriter Tift Merritt. Released by Sony Classical on March 19th, Night is a moody and well-programmed collection which includes originals by Merritt, classical selections, traditional songs and songs by Billie Holiday, Brad Meldhau, Patty Griffin, and Johnny Nash.

It is likely that one of the larger contributions to the success of Night is its long gestation. Rather than being thrust into the studio and being forced to create, Merritt and Dinnerstein first met in 2008 and soon found a musical affinity. Working together meant a push out of comfort zones for each of them but their friendship ensured a mutual support system rather than an attempt to defend their own territories as can sometimes happen with such collaborations.

Of course, the pleasures and intentions of the artists are secondary to the experience of actually listening to the music. So what have they delivered on Night? In keeping with the title, this is a dusk-imbued album with a hushed quality that avoids drifting into preciousness. The rich involving sound of the record belies the spare instrumentation, which features only Dinnerstein's piano (played like a zither on at least on song) and Merritt's guitar and harmonica.

Merritt is rare among many current female singers in that she sings without affectation or overt mannerisms. That said, she is well aware of the parameters of her voice and knows when to push and when to restrain. A perfect example of this is the stunning interpretation of When I Am Laid In Earth (here called Dido's Lament), an aria from Henry Purcell's opera Dido and Aeneas. Demonstrating a real flair for theater, Merritt for a few minutes becomes the vanquished queen of Carthage. But this is a Dido shorn of baroque and operatic finery and the rough edges Merritt finds in her voice are electrifying.

Dido's Lament is certainly a standout piece on Night, but not so much that it doesn't fit beautifully between Holiday's Don't Explain and Meldhau's bluesy I Shall Weep At Night, which was written specifically for this album. Besides the Purcell, the other classical contributions are Night and Dreams, a lovely arrangement of Schubert's Nacht und Traum, a short Bach Prelude, and the world-premiere recording of Daniel Felsenfeld's The Cohen Variations, based on Leonard Cohen's iconic Suzanne. The latter two are both instrumentals, and, while I wouldn't mind hearing Merritt sing Cohen, they do a nice job of breaking things up.

Felsenfeld's piece is reflective, like the song it's based on, and avoids capital-V virtuosity, which can be said for Dinnerstein's work overall on Night. Her playing is direct, flexible, and uncluttered, and blends beautifully with Merritt's guitar when they play side by side. The more I listen to Night, the more I am struck by how much of a meeting of musical minds it is. Rather than a shotgun wedding, this is a true collaboration without either hipster self-consciousness or condescending stiffness.

While I was not overly familiar with Merritt's songs before listening to Night, I have enjoyed getting to know them. Based on the four Merritt originals on the album, including two remakes, she is a very solid songwriter, with searching, emotional lyrics and well-shaped melodies. Her songs feel fully realized in the stripped down presentation here, but I'm looking forward to exploring her back catalog in more depth.

Perhaps the only faltering moment on Night is the album closer, which is Dinnerstein and Merritt's own arrangement of Johnny Nash's pop-reggae classic, I Can See Clearly Now. The wistful exuberance of the song is not very well served by the spare arrangement, which sounds distinctly like a demo. While I like the idea of an upbeat ending to this occasionally somber album, what we end up with is betwixt and between and never quite finds its footing. It's not unpleasant, but just doesn't quite hit the sweet spot, unlike the rest of this gorgeous album. Night deserves to gain new fans for both Simone Dinnerstein and Tift Merritt, and to leave those fans looking forward to more from the duo.

Tickets are still available for their appearance at Merkin Concert Hall this Thursday, March 21st, and they'll be at Le Poisson Rouge on June 9th after touring the country. Expect that to be a hot ticket as the impact of Night continues to spread.