Yesterday I blogged about the six week music education series Rhapsodic City: Music of New York presented by the New York Public Library for the Performing Arts. It just so happens the third week focuses on the Folk Music Revival in New York that took place in the 1950′s and ’60s. Greenwich Village became the artistic setting for performers, artists, and club owners.  The Village invokes a warm nostalgic feeling within the music of our heart. Our son lives there today and we love to visit the clubs, restaurants, and stores around this historic neighborhood. 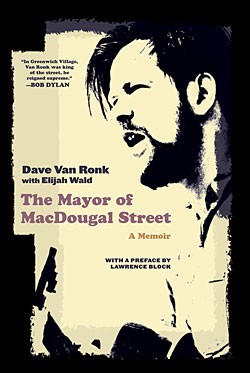 Building on the April 2nd event Sing Out! with Elijah Wood I reconnect with Dave Van Ronk. Elijah Wood and Dave Van Ronk co-authored the book Dave Van Ronk: The Mayor of MacDougal Street.  The book is a memoir of the folk music scene in Greenwich Village. It has inspired the Coen Brothers to make the film, Inside Llewyn Davis.

The film has completed shooting in New York City and the International release date will be November 6, 2013 (France). Projected US release dates are unknown as of this writing. I have ordered the audio edition of the memoir to better immerse myself in the experience. The first trailer fascinates me to no end. Listen closely to the Bob Dylan track “Farewell” that plays underneath. 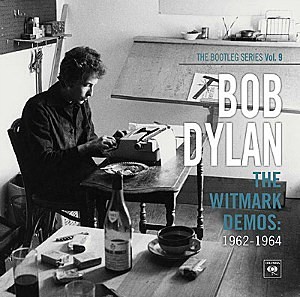 I think you will be asking as I  have been who does Llewyn Davis represent? Is he Dylan, Van Ronk, Phil Ochs or is a he a microcosm of that male folk singer of the time? Llewyn Davis will strike a chord in hopeless romantics who identify with living the life of a folkie in that halcyon age from our American culture. Perhaps this picture clues us in

There are several reasons why I relish Dave Van Ronk’s spirit. I find him funny, compelling and engaging as an artist. He was quite the character as his recordings and live performances attest. He was a mentor and inspiration for Tom Paxton, Christine Lavin, Joni Mitchell, Ramblin’ Jack Elliott and Bob Dylan (who described Van Ronk as “the king who reigned supreme” in the Village)[27]

I had the rare opportunity to meet Dave Van Ronk in person in Hermosa Beach, California one Sunday afternoon years back. My brother-in-law and I attended an early evening solo appearance at The Lighthouse Cafe. We sat at the bar before the show and shared drinks, stories, holding an intimate conversation with Dave Van Ronk. My brother-in-law was the one who turned me on to Van Ronk from his record collection when I started dating my wife in 1969. I went on to feature Dave Van Ronk regularly on my college FM radio shows in the mid-70s.

This early 80′s opportunity to sit across the bar and comfortably chat with Dave Van Ronk was a privilge. He answered our questions openly like an friend indulging old friends. He wiped away that fans talking to a legend sensation to show who he truly was a down to earth soul of a man. He spoke about Bob Dylan in a fatherly way which I liked a lot. We ended up being just two of the 12 people who stopped by that night to hear him play a raucous 90 minute set that was quite animated. Dave Van Ronk played excellent guitar and I will never forget his gravely yet pearl toned voice.  “Cocaine Blues (Rev. Gary Davis Traditional)” was the highlight and we thanked him for playing that song for us all.